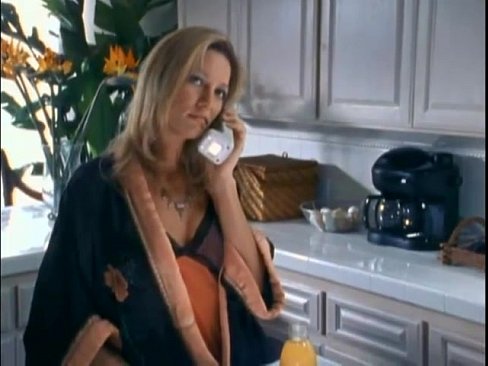 House Call is the fifth episode of the second season of Passion Cove. Written by Karen O’Hara and directed by Carrington Stark, this episode stars Shelly Rose as Petra, an extremely successful rock star who’s just ended a grueling 3-month tour, which concluded with her collapsing on stage from exhaustion.

Jessica Lee plays Petra’s manager Angie, she’s rented the Passion Cove house for a week for Petra to stay in and rest. Petra doesn’t listen at first, as the episode begins with a massive party going on in the house. Oscar Bullock plays David Calloway a local doctor who lives in the area, and whom Angie hired to come over the next morning to give Petra a quick physical. Petra doesn’t think she needs a physical and dismisses him but is intrigued by the fact that Dr. Calloway doesn’t know who she is, as he says that he only listens to classical music, so he isn’t fawning all over her like a fan.

Petra and Dr. Calloway later meet while jogging along the beach, and Petra invites him over for dinner which leads to a fuller “exam”, if you know what I mean.

And that’s basically the story of the episode. It’s a pretty simple “couple meets, doesn’t get along, meets again, and slowly falls for each other” story. We get two full sex scenes, one between Shelly Rose and Scott Riffe, who plays Petra’s guitarist that she hooks up with at the party, and one between Shelly and Oscar Bullock. There’s also a shower scene where Shelly masturbates as Petra fantasizes about the doctor, and scenes of both Shelly and Jessica Lee naked outside by the pool.

It’s not bad, but not a particularly engrossing episode. None of the cast really stood out. IMDB has this as both Shelly and Oscar’s only credited acting roles (and Riffe’s second of two roles), but I don’t know if that’s true or, like several other actors who’ve appeared in this series, they did more work under different names, but none look familiar from other softcore productions (Jessica Lee later appeared in several episodes of THRILLS). Overall, this isn’t one of Passion Cove’s best episodes.

Jason Majercik is selling Passion Cove: Season 2 as an UNRATED 4-DVD  set for $39.99 Email him at quinn_nash@hotmail.com for his softcore inventory list