This is another softcore thriller from Axis Films International, whose 1990’s films I’ve reviewed before. They were one of the best softcore studios of their day. This 1995 film starred Athena Massey, the 2nd-sexist woman Axis ever featured after Shannon Whirry. 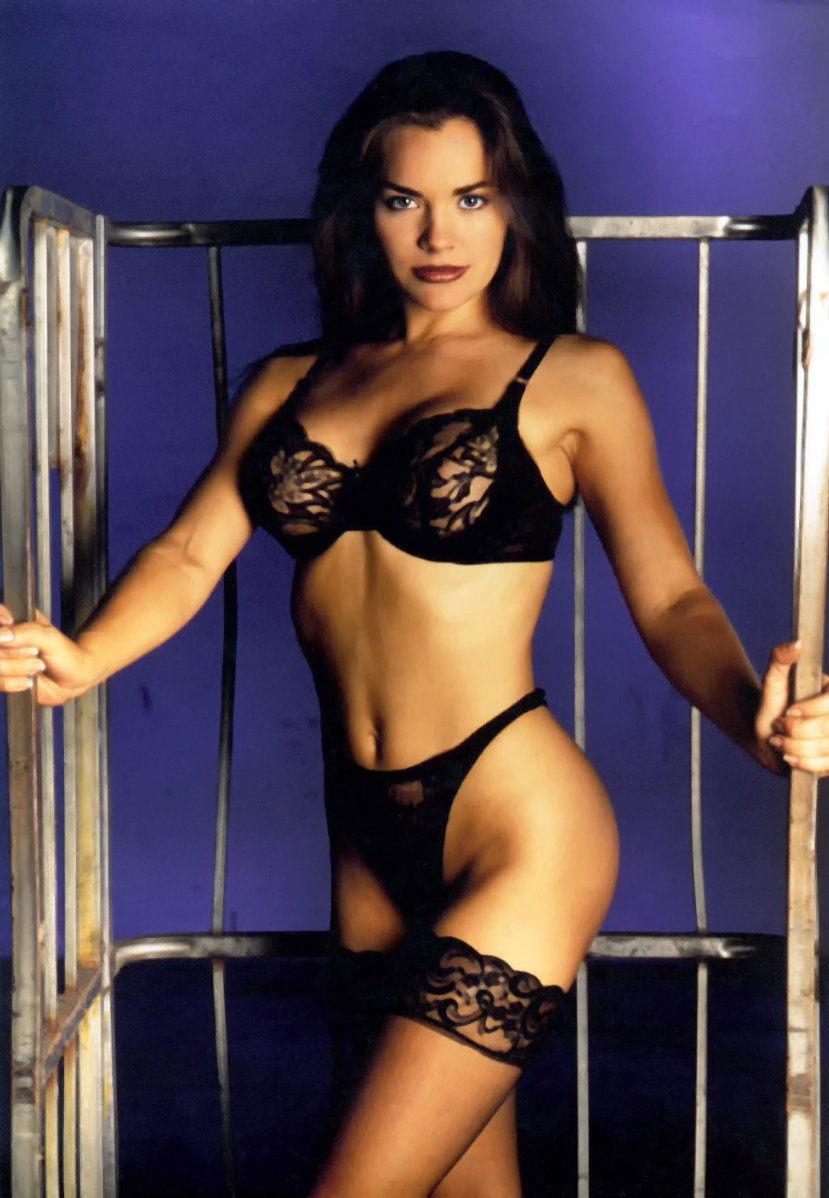 She could have easily been their next star-player but unfortunately she didn’t make any other films with them and, other than an appearance in Red Shoe Diaries, didn’t any other softcore films (in fact, she doesn’t seem to be acting at all anymore, but runs her own business). So we just have to enjoy this one that we got. And, believe me, there is much to enjoy!

Written by Oola Bloome & Lalo Wolf, and directed by Gregory Hippolyte (aka Gregory Dark), the film wastes no time in showing off Massey’s assets as the very first shot of the film is a close-up of her bare breasts. She’s getting dressed for work. Massey is police detective Cindy. As she gets dressed, her narration reveals her background, that she was extremely sheltered as her father and two older brothers “protected” her all through childhood. She didn’t even go to her prom, because boys in her school were too scared to ask her out. Next shot we get is of a prostitute named Tracy (Elena Olanson) having sex with some man in a bedroom. We get a great view of Tracy’s nude body as she rides the man on top, but even when they switch positions and he gets on top of her, the camera never shows his face. What we do see is that some other man is hiding in the closet taking pictures of them both.

Tracy works at a brothel, run by “Mrs. V” (Meg Foster). The next night Mrs. V arranged for Tracy to go to a hotel to meet a new client. But when Tracy gets there she recognizes the man as the man she had sex with the night before. At first she seems fine to go along with it, and strips naked and gets on the bed. But the man (whose face we still never see, and she never calls him by name) pulls out a gun and threatens her, revealing that he knows about the pictures and that she’s planning to blackmail him. Tracy tries to taunt him into just paying her, but instead he strangles her to death with his bare hands.

Cindy and her partner Hunt (Anthony Guidera) get assigned to the case, and find out she worked at Mrs. V’s brothel (which is said to cater to the elite rich men in the city). Their Sergeant (Tom Tayback) comes up with a plan to have Cindy go undercover in the brothel, which she agrees to. First we get a brief scene of Cindy and Hunt having sex, but that turns out to just be a dream that Cindy wakes up from. Then we get a nice little montage of Cindy trying on different sexy outfits in front of her mirror, trying to look like a hooker. They come up with a fake ID, claiming she was a friend and ex-cellmate of Tracy’s. And the plan is to have several undercover cops show up pretending to be “John’s” and they’ll specifically ask for the new girl, so they can go into a room and pretend to have sex. So Cindy meets with Mrs. V, who immediately makes her strip naked so she can check her out, and she gets hired.

That night, Mrs. V presents Cindy with her first client. But there’s a mistake, the fake John was late, so Cindy is given a real client (Joe Petruzzi). And when they go up to her new room, he asks her to take off her clothes, which she reluctantly does, trying to maintain her cover. And then he asks her to “hit me.” So she punches him in the face and knocks him out. But it turns out that he liked it.

This happens again the 2nd night. She gets another client (Mark Kiely) and when they go to her room Cindy finds out that he is real too. But he doesn’t want sex, he just wants them to sit in bed together and watch two of the other prostitutes have sex on TV via a video monitor. So they watch Rain (Rena Riffel) & some other woman (Tammi Ann) have sex in a bathtub. Finally, her 3rd client is one of the undercover John’s, and Cindy acts a little disappointed when they get to her room, since he doesn’t want sex. Meanwhile Rain gets an outcall, and is sent to a hotel. She recognizes the man when she gets there, it’s clear it’s the same man who killed Tracy. The camera never shows us his face. He makes Rain strip and then they have sex on the bed, then he pulls out a gun and demands that she find the pictures Tracy took of him.

Finally the next client Cindy is set up with (Tate Stringer) she goes ahead and has sex with him. She discovers that she likes playing the role of a sexually uninhibited prostitute. With her next client (an unnamed man) they do some role-play, as she dresses in a sexy cop uniform and forces the man to strip at gunpoint and then they have sex. And then her next clients are a husband and wife whom she has a threesome with. The husband is unnamed, so I don’t know who plays him, but the wife is played by a 23-year old Lisa Ann. Yes, THE Lisa Ann! She’s un-credited, and you might not recognize her at first, but look close and you’ll see. And that is one smoking hot scene.

Of course, there is still the issue of Tracy’s murder. And there is some investigation into that case and – NO SPOILERS – the murder does get solved. And after the case is closed we get one final sex scene, and it’s between Cindy and Hunt, for real this time.

There’s a couple of little continuity mistake I just noticed while rewatching this film. As I said, Tracy was strangled to death. But when the Sargent goes to tell Mrs. V he says Tracy was shot to death. And when Cindy first arrives at the brothel, she uses the fake name “Shane,” but in the very next scene, and from then on, she’s just referred to as Cindy. Nevertheless, due to the hotness of Massey’s sex scene, this film gets a full FIVE STAR rating.

Get the UNRATED dvd on iOffer