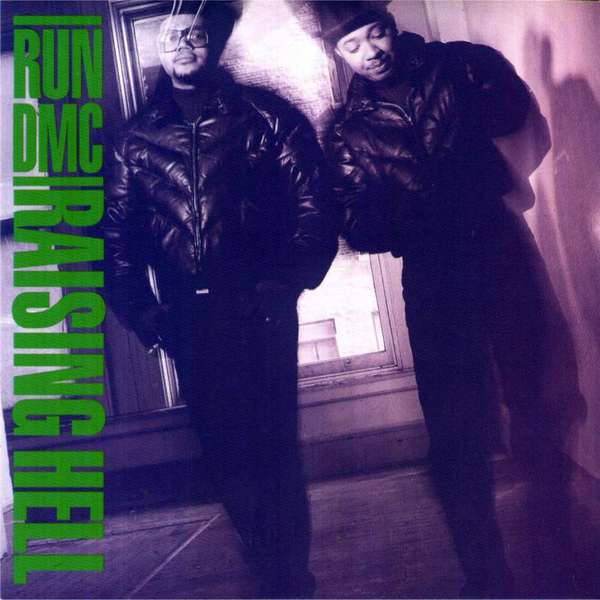 In 1986 Run-DMC released their 3rd (and many, including me, say their best) album, Raising Hell, on Profile Records (now Arista). Produced by Russell Simmons and Rick Rubin this has both rappers and their D.J. Jam Master Jay (R.I.P.) at their creative peak, providing 11 new tracks.

Opening with the uptempo PETER PIPER, showcasing the duo’s intense wordplay and habit of switching words and lines back and forth throughout the song. And that’s followed up by the fun and catchy IT’S TRICKY

And that was followed by an ode to their favorite sneakers in MY ADIDAS. They basically use the song to brag about all the places they’ve been and things they’ve done (“I stepped on stage, at Live-Aid/all the people gave and the poor got paid”). IS IT LIVE is more classic braggadocio lyrics over a funky drum beat, as is PERFECTION but that’s over a slow beat. HIT IT RUN has DMC rapping over a fast-paced beat with Run providing some human beat box.

The title track RAISING HELL is a thematic follow up to their hit King of Rock, with a steady drum beat and searing guitar tracks as the duo rap powerfully over it. Their humorous side comes out in YOU BE ILLIN’, with various raps about stupid people over a very melodic and catchy beat.

That’s followed up with DUMB GIRL, condemning certain scandalous women. And then there’s the socially-conscious anthem PROUD TO BE BLACK.

And, of course, there is the centerpiece of this album, the song that firmly established this duo in the mainstream and made them worldwide stairs. Teaming up with Steven Tyler and Joe Perry to remake the Aerosmith classic, WALK THIS WAY

Every song on here is a winner. No weak spots. One of the best rap albums ever. FIVE STARS

Get it on iTUNES