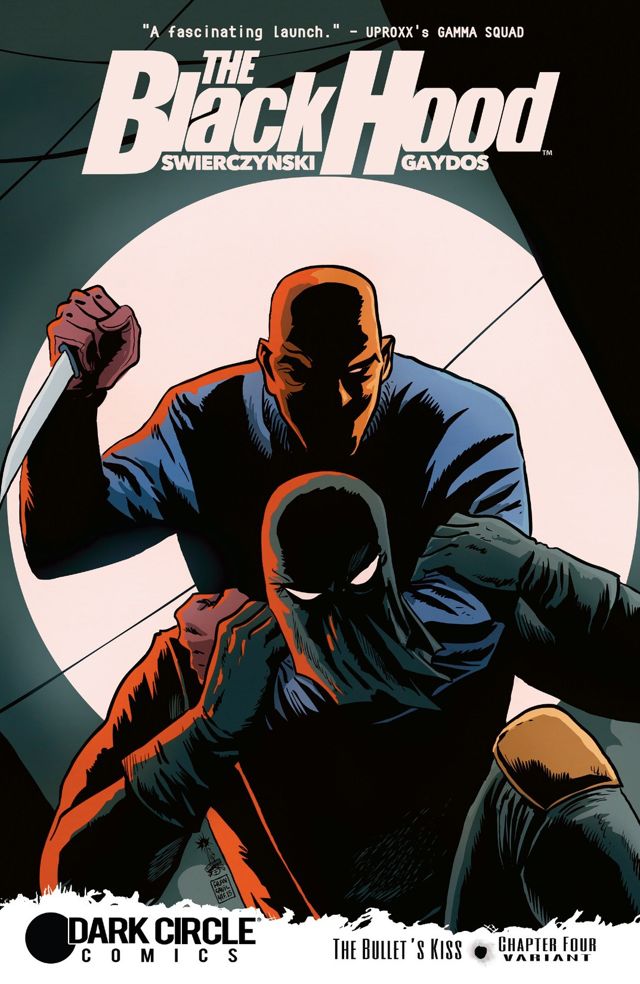 The Connection’s lieutenants have discovered the identity of the new Black Hood. And now Greg Hettinger has only 24 hours to unmask their boss — the man who set Greg up! As the badly-injured Black Hood struggles to piece together the puzzle, he’s forced to put his faith in a woman who could end up saving him… or sending him straight to the slammer!

Picking right up from the previous issue’s cliffhanger, “The Connection” has sent a couple of his henchmen to dig up the original Black Hood’s grave to make sure he’s really dead. Greg, as the new Black Hood, confronts them while they’re digging. A brutal fight ensues which doesn’t go well for Greg as sustains heavy wounds and then one of the henchmen manage to rip off his mask. Naturally, Greg’s scarred face is instantly recognizable, and Greg makes the snap decision that he has no choice but to kill them both. It’s a line he didn’t want to cross but now has no choice. But before he can do it, the cops arrives. Greg manages to make a run for it, but the two henchemen are taken in. Now, as Greg tries to stumble home, he’s worried about what will happen when the henchmen talk? Will they tell the police, or wait until they can tell “The Connection”? Either way, Greg’s life will be over.

So on his way home he calls Devon, tells him about the henchmen being brought it, and asks him to make sure they get put on total lockdown, using the the law that cops can hold suspects for up to 6 hours before having to read their Miranda Rights and officially arrests them (I don’t know if that’s true, but it’s convenient here). That now gives him 6 hours to find The Connection first. But when he gets home he finds Jessie waiting for him. With the clock ticking, Greg confesses everything to Jessie and tries to enlist her help…

Another riveting issue, the stakes are higher than ever, Duane Swierczynski takes us inside Greg’s head so we can practically feel the desperation that he’s feeling. And with the gritty dark artwork of Michael Gaydos, it’s a perfect combination. One of the best series on the market today. Chacebook rating: 5 STARS