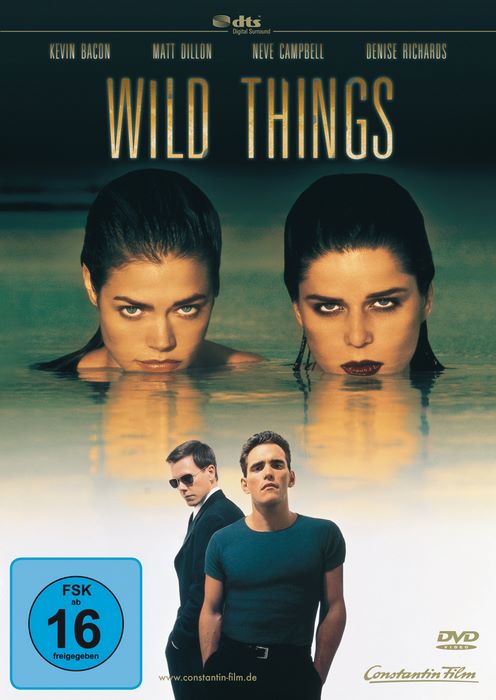 It’s not often that a mainstream film is way hotter than most softcore films. But this is one of them. Written by Stephen Peters and directed by John McNaughton this 1998 film is best remembered for one reason: We get to see Kevin Bacon’s penis in it.

Oh yeah, and this:

But I’m getting ahead of myself.

Set in Florida, Matt Dillon stars as Sam Lombardo, a Guidance Counselor at a local High School. He’s popular with the kids, but doesn’t fit in with the wealthy high-society crowd. He’s currently dating Barbara (Jennifer Bini Taylor) daughter of a wealthy attorney, and we learn that he previously had a relationship with socialite Sandra Van Ryan (Theresa Russell) who only saw him as a glorified boy toy. Denise Richards stars as Sandra’s teenage daughter Kelly. And one day she accuses Sam of raping her. Sandra is outrageous and demands that the police file charges. Kevin Bacon and Daphne Rubin-Vega play the police detectives, Duquette & Perez, assigned to investigate the case, which is given priority due to the nature of the crime and Sandra’s status in the community. Despite a lack of evidence Sam quickly loses everything, his job, Barbara, and he’s being taunted and harassed. He hires a somewhat shady local lawyer, played by Bill Murray, to represent him. Finally, Sam is arrested and charged, when a 2nd victim comes forward. Suzie Marie Toller (Neve Campbell) another local High School student. She’s the opposite of Sandra, a poor girl from the proverbial wrong side of the tracks. These girls have nothing common and aren’t friends, yet Suzie’s story is very similar to Kelly’s, with details that hadn’t been made public, so this appears to be an open and shut case.

But during the trial Sam’s lawyer breaks down Suzie on the witness stand and gets her to admit that this was all a scheme by Kelly to get revenge on Sam for banging Sandra. Sam is acquitted and then he gets 8 millions dollars from Sandra in a Civil settlement for defamation, and prepares to leave town. That’s where the twist(s) begin.

But it’s not quite over yet. Detective Duquette suspects that something is up and continues to follow all three of them, despite orders from his police chief to drop it. Suzie starts to panic, thinking they’ll get caught, and Kelly tries to calm her down (which leads to them having sex in the pool, which Duquette catches on tape), but then she convinces Sam that they need to bump her off to keep this secret. And that’s all I’m going to say about that. But trust me, just when you think you’ve got it all figured out there’s another huge plot twist that changes everything. And as the credits role we get several flashbacks detailing exactly how everything was planned.

It’s an extremely clever film, much credit goes to Stephen Peters for this story. Even if you took out the graphic sex scenes, it would still be an immensely enjoyable film.

But, of course, I’m glad that they left in the graphic sex scenes. Just because. 🙂

And the cast is also great. Dillon, Richards, Campbell, they all play their parts earnestly, as does Bacon, Murray, and the rest, which is what helps making the various plot-twists even more shocking when revealed, because none of them betray their characters’ real intentions until it’s necessary. I very highly recommend this film, with a Chacebook rating of FIVE STARS.

Get the UNRATED dvd on Amazon