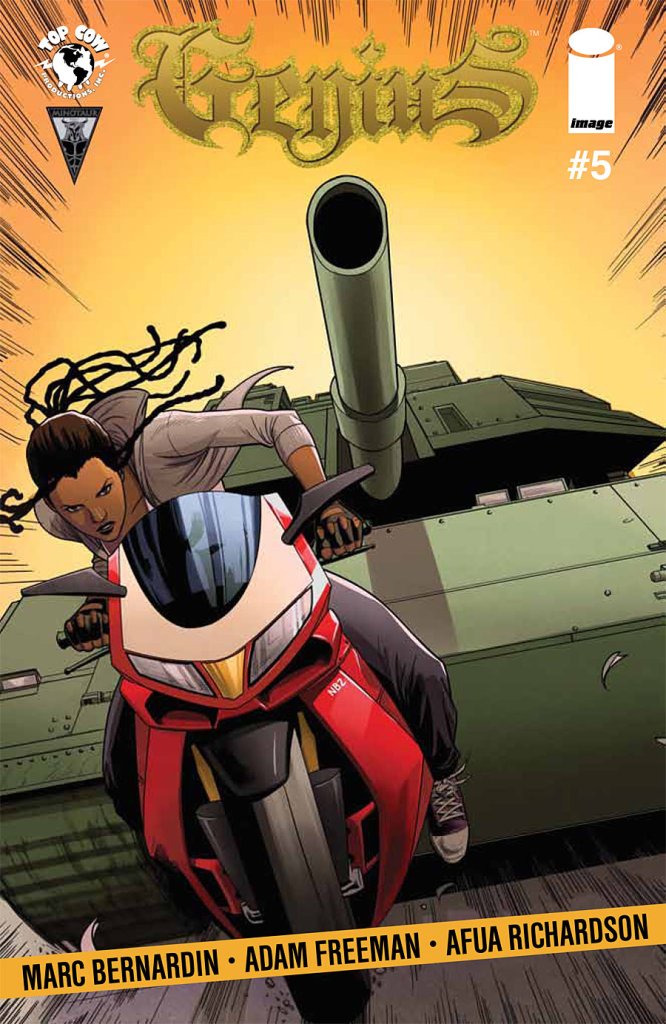 This is it! The big finale! The end of one of the most interesting and compelling comic-book miniseries’ that I’ve read in years. After such a delightful build-up over the past 4 issues, can this series bring itself to a satisfying conclusion?

Well, no. Not really.

Believe me it pains me to say this, as I’ve thoroughly enjoyed the first four issues, giving them each well-deserved 5-STAR ratings. But all along I kept wondering what is Destiny’s end-goal? How will this “war” that she’s started be resolved? I couldn’t even begin to guess, which is the main thing that kept me hooked after each issue, wanting to see what happened next. But now that we’re at the end, well, I can’t say more without spoilers, which I normally try to avoid, but in this instance I feel it’s necessary. So… 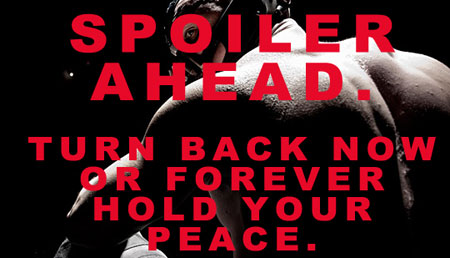 So Destiny’s gangbanger troops beat back the LAPD, forcing them out of the city, but now the National Guard, fully armed with tanks and helicopter gunships, is rolling in. So what does she do? She gives up. Seriously, that’s it. Oh, there is some fighting before that, another long sequence of intense action both as Destiny uses her wits to slow down the National Guard so she can make it back to her hood before them, and then as she sets up the initial rounds of fighting. But eventually the National Guard overtakes her troops, as Destiny always knew they would. She then dons a suicide bomb vest and heads straight to the LAPD headquarters where she strikes a deal in which she’ll give up in exchange for a ceasefire and for no one else to be arrested.

My first thought as I read this was, I know that it’s fiction and therefor there is some suspension of disbelief required, but this is too far, especially because it is so grounded in the real world. There’s no way if this happened that the authorities would agree to that deal. The public would never stand for it. All those cops and soldier dead? The destruction of property? They would stop until they’d arrested that whole damn city and threw everyone on death row.

But in this comic, some woman who represents some mysterious government organization called The Madrasa Institute accepts the deal and that’s that. Destiny is taken away somewhere, and we last see here in a makeshift classroom study battle strategies. From her dialog the implication is supposed to be that she’s using government resources to learn how to be an even better leader at which point she’ll escape and try again. And a follow-up miniseries has been announced. Again, could action for most of the issues leading up to the final pages, and artist Afua Richardson does her usual fantastic job on illustrations, but I can’t help but feel that the ending to this series is very anticlimactic.