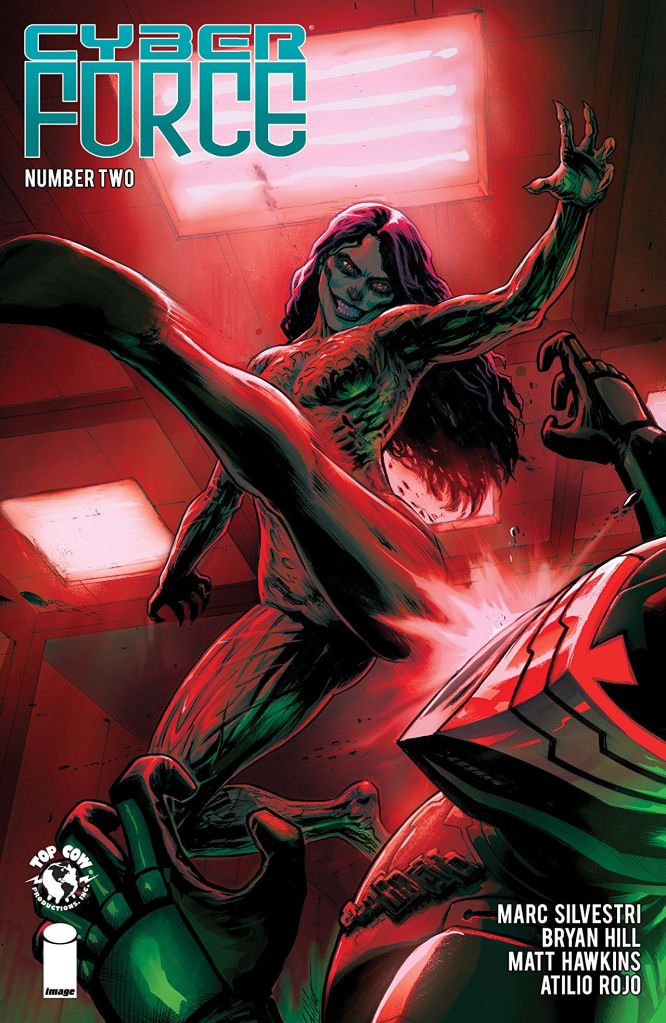 This issue opens with Carin testing out her new cybernetic legs. As expected, they’ve given her the ability to run at super speed, clocked at 120 mph. She is extremely happy to not only be out of her wheelchair, but also to be able to run so fast. Her father Morgan, however, is still upset about this entire situation that they’re both in now. He’s being prepared to go after the mysterious terrorist from the first issue, and when Carin finds out she wants to join him, but Morgan refuses and insists he’ll go alone.

Meanwhile, at a mysterious installation in Russia, we see the armored terrorist attack, kill all the armored guards, and then awaken from cryogenic sleep the woman known as Killjoy. Much like the original version, this Killjoy is a cybernetically-enhanced assassin. Killjoy doesn’t take too kindly to being “rescued” and a hard fight between the two women ensues, before the terrorist finally manages to subdue Killjoy and convince her to join her cause of destruction.

A solid second issue from co-writers Matt Hawkins and Bryan Edward Hill, although I think they could stand to fill in a bit more background of the characters. I understand wanting to draw out some mysterious, but there’s a risk of decompressed storytelling here. And it seems like they are relying on the readers having some prior knowledge of the original version of the series, so that seeing these new versions of the original characters is enough to hook us to keep reading. I’m not sure that’s the best approach to take. On the art side, Atilio Rojo does another great job, so no complaints there.