Another late review here, but this is last month’s issue of Tarot, Witch of The Black Rose, from the creators and creative team of Jim Balent and Holly Golightly. Picking right up from the previous issue, this continues the special “What If?” story that Balent is telling in which Raven Hex became the Swordmaiden of the Black Rose coven instead of Tarot. And as this was before Raven was rehabilitated by her sister and mother, her first course of action is to unleash terror upon humankind, as revenge for the centuries of oppression they imposed upon her fellow witches, and that begins with the poor denizens of Salem.

Balent really steps it up in the horror department in this issue, with many more graphic examples of death and torture. But it’s not just humans that Raven is after, she also appears before the fairies and dragon witches and makes them an offer that they really shouldn’t refuse. And when they do, let’s just say the virus increases threefold.

Finally, although their mother still refuses to intervene because she believes that whatever Raven does has been blessed by the Goddess or something, Tarot decides to armor-up and confront her sister. And while Tarot has defeated Raven in continuity, in this alternate reality Raven is the more powerful one, which makes this a much more dramatic confrontation than before.

Jon also appears again in this issue, as the ghost of his ex-girlfriend Brandi, aka Crypt Chick, brings a group of ghosts from Raven’s recent victims to his graveyard and alerts him to the carnage in the city. Jon rushes to Salem to help out, and we see this reality’s first meeting between him and Tarot as they team up to fight some of the monsters that are wreaking havoc. The chemistry between them palpable, but Tarot quickly departs for the Fairy realm to confront Raven….

As I noted in the previous review, I still think it’s extremely out of character for Tarot and Raven’s mother to not have any interest in stopping Raven’s rampage. I also initially thought that the timeline was a little off, as this is meant to be an alternate origin, taking place when this series began and all the characters were new, yet it appears to be taking place in the present, or at least recently. But I figure I can just chalk that up to the traditional sliding timescale of most superhero comics, although this series began in 2000, clearly 20 years have not passed for the characters in the comic.

Overall I thoroughly enjoyed this alternate tale, it’s a nice change of pace for the series. Chacebook rating: FIVE STARS

AVAILABLE DIGITALLY ON COMIXOLOGY, OR IN PRINT FROM JIMBALENT.COM 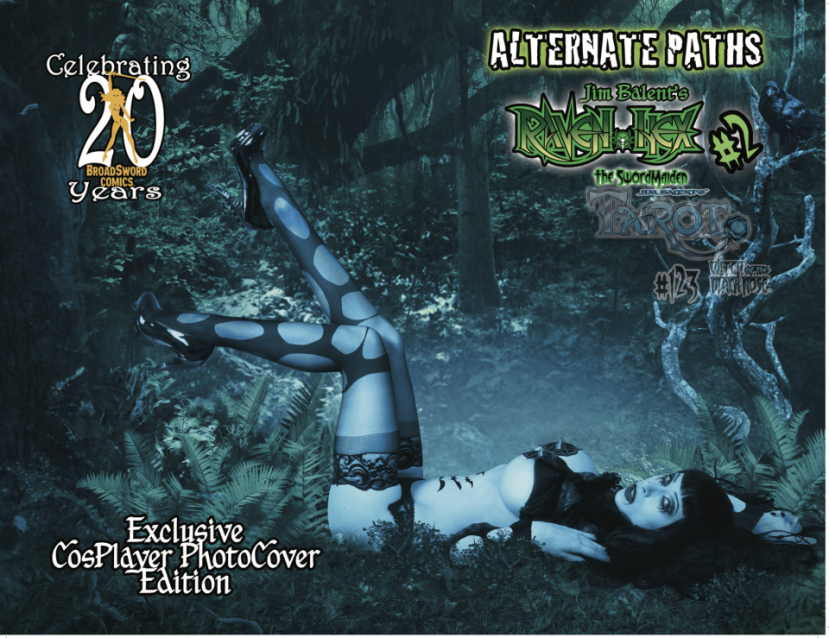