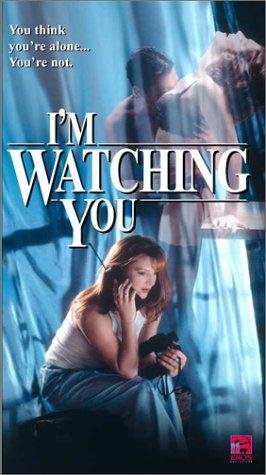 Written and directed by Blain Brown, this 1997 film stars LoriDawn Messuri as Laura, a young struggling artist. Through the course of the film we learn that Laura is from the Midwest and had a very conservative catholic upbringing, which has left sexually repressed. While it doesn’t say she’s a virgin, she does admit to having never had an orgasm with a man before. As the film opens she’s moving into a studio apartment that her friend Maria lives in. Maria has gone to Europe for six months, and Laura is house-sitting for her in the meantime. As she moves in she is greeted by next door neighbor Alisha, played by Jacqueline Lovell, who within a few minutes of meeting her strips naked in front of Laura to ask if she would like to paint her sometime. Alisha is quite the free spirit and exhibitionist. This apartment is situated in an area where directly across the street there is a building with other studio apartments, and when you the drapes are open you can see directly into the other apartments through the windows. One night Alisha comes by with a handy pair of binoculars so they can take turns watching other people in their apartments.

A significant neighbor in one of those apartments is Julian (Andre Wilson), a very successful painter, whom Laura admires. Alisha is occasionally a model for Julia (posing in the nude of course), and one day Laura watches as Alisha and Julian have sex. A running subplot in this film is that a guy named Warren calls one night, asking for Maria, and Laura answers. It turns out that Warren was someone that Maria didn’t know in real life, but that would occasionally call each other and have phone sex (remember, this was 1997, before smartphones and texting). After a few phone calls Warren and Laura start having phone sex, and we get a nice scene where, per Warren’s instructions, Laura gets naked and masturbates while on the phone. We get another scene of Alisha and Julian having sex. Julian is married to Erika (Venessa Blair), who is also his manager and is responsible for making him famous. Francesco Romano plays Marco, Julian’s art-dealer, who helps sell his paintings and arrange showcases for his art. One day Laura watches through the window as Erika and Marco have sex. Later, Alisha later tells Laura that Julian has promised to give her 6 paintings of her that he’d done, each of which could be worth up to a million dollars. But Laura points out that she wouldn’t get the painting until after Julian is dead, and that’s if Erika (who suspects that Julian and Alisha are having an affair), doesn’t sell the pictures first. And then one night Laura is woken up by some noise and looks through the window and see a strange woman (in a large hat so she can’t see her face) appear to stab Julian. Laura calls the police but when they arrive they find the apartment empty and no signs of blood or a body. So Alisha starts to wonder if she just imagined the whole thing.

At this point the films turns more into the mystery/thriller genre. We do get three more sex scenes, including another between Erika and Marco, one between Laura and a man that she believes to be Warren (Adoni Maropis), after they finally arrange to meet in person, and after a night of drinking and dancing Alisha seduces Laura and they have a hot lesbian session. And then it leads to a dramatic climax as the killer is revealed and more blood is shed. LoriDawn Messuri does a capable job as the star of this film, she gets the most screen time, and appears to be an accomplished actress. And I appreciate Blain Brown’s attempt to elevate this film beyond being just another softcore thriller, but it just never reaches the ambitious heights that it’s going go. Instead of being a gripping story, it’s just rather average.