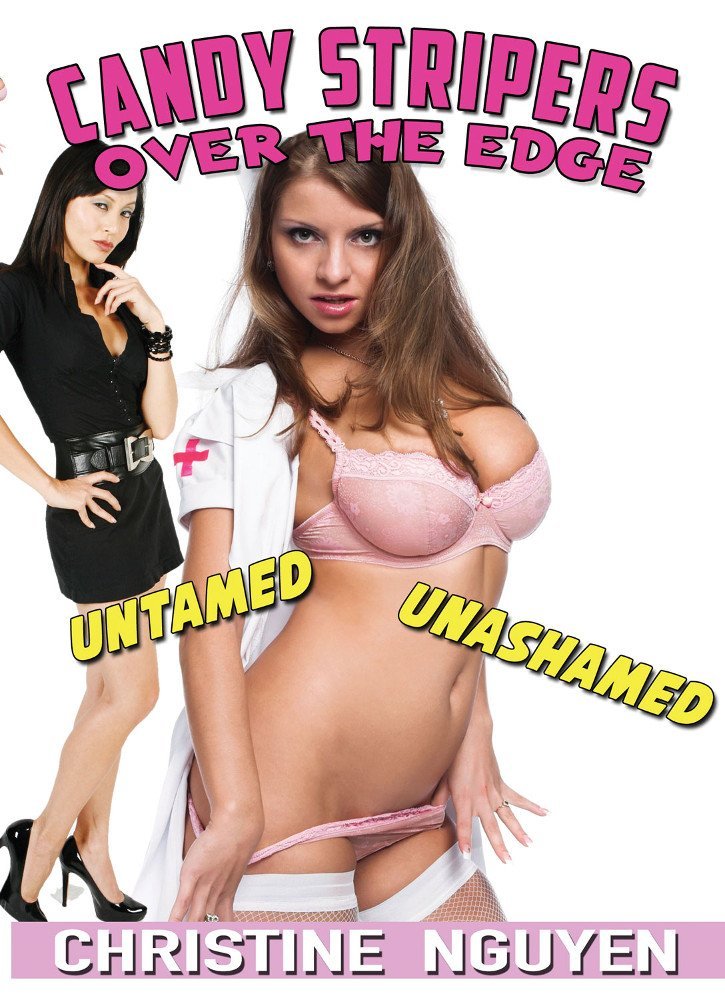 Even though I put this in my Softcore Films category, these aren’t exactly films. And I knew that when I bought them, but I could see how some unsuspecting fans might be deceived by the cover. And it’s produced by Retromedia studios, which has brought us many fine softcore films in the past, like Bewitched Housewives and Bikini Time Machine. But this is just a series of vignettes that show off beautiful women getting nude and having pretending to have sex with each other. Normally I wouldn’t buy such a DVD, but it had Christine Nguyen on the cover. And you know I love Christine Nguyen. I was also rather impressed with the other woman on the cover, but unfortunately she is not in this film, nor is her name even credited, so I don’t know who she is.

A few notes, even though all of the women except Nguyen are also hardcore porn stores, these video are softcore. Meaning the women do get nude but you don’t see between their legs. And you’ll see them kissing each other and licking each other’s breasts, but when it comes to oral it’s just them putting their heads between each others legs, we don’t actually see the tongue-work there. Also I couldn’t help but notice that these films. Also while this DVD just came out last month, these videos are old. I noticed that in each one a woman uses a cellphone, and it’s and old flip-phone, which I thought was weird. I checked the credits and sure enough these videos were made in August and October 2007. So I’m not sure what took so long to release them. This is a single disc, with each feature running about 55 minutes long.

CANDY STRIPERS OVER THE EDGE opens with Monique Alexander, dressed in a robe, addressing the camera. She tells us that her boyfriend is out of town and she’s been feeling under the weather, so she’s invited her friend Hannah Harper to come over and make her feel better. Hannah is a nurse, and shows up in a sexy Candy Striper outfit. After about 4 minutes of light conversation on the living room couch, Monique opens her robe to reveal her nude body and the two women start kissing and feeling each other up for about 3 minutes. Then the ladies go upstairs to the bedroom and get on the bed. First, at Monique’s suggestion, Hannah calls two of her fellow nurses, Ava Rose and Courtney Cummz, to come over and help her make Monique feel better, then Monique asks Hannah to read her a story and Hannah reads a passage from a naughty book. Interesting enough the scene she reads describes a threesome between two White women and a Black man. As Hannah reads it Monique lays on her back and masturbates. After she’s finished reading Hannah is really turned on and finally gets undressed too and she and Monique engage in sex on the bed for about 6 minutes.

Downstairs Ava and Courtney, dressed like they’re going to a night club, let themselves in and sit down on the coach. They talk for a little bit before they start having sex with other, in a hot 9-minute scene. Then Hannah comes down stairs, dressed in her candy striper outfit again, and brings the ladies (still naked) upstairs with her. Laying on the bed together, the 4 ladies start discussing past sexual experiences with patients in the hospital. Ava once had sex with a man in a wheelchair. Hannah had a threesome in a broom closet with two male doctors. And Courtney seduced an 18 year old virgin male in a hospital bed. This talk goes on for about 5 minutes and then the women all get into a bubble bath and spend spend about 7 minutes washing each other. Then they dry off and get back into bed for an 8-minute 4-some. Well, it’s mostly Monique and Courtney having sex while Hannah and Ava have sex next to them. After it’s over, Monique thanks her friends for making her feel much better, and the other ladies leave. THE END.

BRIDESMAIDS OVER THE EDGE opens with Nicole Sheridan addressing the camera, she reveals that she’s getting married soon, and her fiance satisfies her sexually in every way, except one: she occasionally likes to be with women. So she’s invited her two bridesmaids over for one last “girl party” before she gets married. And she says she’s going to surprise them by also inviting a stripper over. The friends arrive, it’s Christine Nguyen and Jassie Jane. They sit down in the living room and the other ladies, who are married (despite not wearing wedding rings) talk about their last flings before their weddings. Christine seduced her own Priest, and Jassie went with some other female friends to Vegas where she got drunk and woke up one morning with two guys, not even remembering exactly what happened. At once point Nicole gets topless and the other two ladies massage her breasts. Then Brooke Banner arrives, she’s the stripper that Nicole hired. First Nicole has Brooke give Christine and Jassie each a lap dance, then she moves over to Nicole and dances for her before going down on her. The whole sequence is about 8 minutes. Afterward, Nicole insists that Brooke stays naked, and that the other girls have to take their tops off.

Nicole opens the gifts the girls brought her. Christine gave her a dildo, which Nicole then practices oral sex on. Jassie gave her a dress, and the two of them go upstairs to the bedroom so Nicole can try it on. But first the two women have sex on the bed for about 5 minutes. Then they go back down to see the other ladies, and they all play truth of dare. Most of the ladies take turns french-kissing and stripping. At one point Christine rubs baby oil over her breasts while the others watch, and Jassie fakes an orgasm while on top of Brooke. Then the ladies all go upstairs, drink some champagne, and then begin a 4-some on the bed, which last another 9 minutes.

Both features are directed by Roger Sales, produced by Charles Dexter, with videography by Randall Silver and music by Mack Franklin. Out of the two of them, I’d said Candy Stripers is slightly better than Bridesmaids, only because there’s a little more sex and less dialogue (which you’ll just fast-forward through anyway). But all of the ladies are attractive, so that’s a plus. And it’s a well-shot and directed video. That’s that. I can’t really give this a rating, like I normally do for films. I’m not sure what I’d judge it against. That’s why I tried to be descriptive about what happens during the course of the two videos. If that sounds interesting to you, then you should get this. If it doesn’t, then don’t.