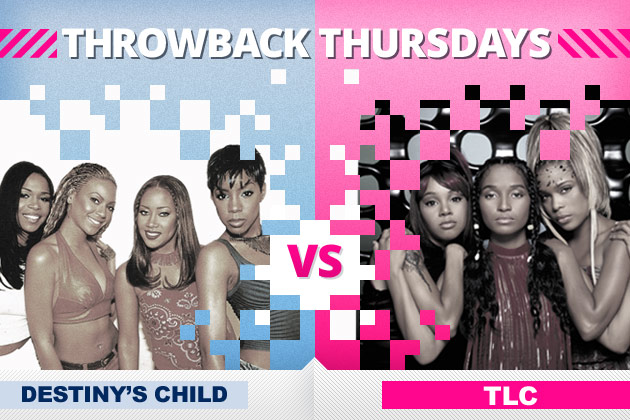 And while I loved Destiny’s Child, my choice had to be TLC. They really were an incredible group. First, let’s face it, Destiny’s Child was always Beyonce’s group, with the rest of the group being replaceable. TLC on the other hand, was always a group of equals. There’s also the fact that TLC’s music was always more socially conscious. Which leads me to today’s review.

Released in February 1992 by LaFace/Arista Records, Ooooooohhh…On the TLC Tip is the debut album of the pioneering girl group TLC. Consisting of singers Tionne “T-Boz” Watkins and Rozonda “Chilli” Thomas with rapper Lisa “Left Eye” Lopes (RIP) this album combined intelligent lyrics backed with thumping dance music. Executive produced by L.A. and Babyface with the majority of the prodcution handled by then up and coming producer Dallas Austin, this album contains 11 memorable tracks. Opening with the instant classic AIN’T TOO PROUD TO BEG:

Right from the start, this single shows how special this group is. These young women sing (and rap) unabashedly and apologetically about their sexuality. If I need it in the morning or the middle of the night… And they don’t need to be half-naked in the video to do it. A great start.

This is followed by SHOCK DAT MONKEY another powerful anthem about not letting a man get away with cheating on you or putting you down. Gotta get up on it, Put that heart aside/Ain’t about that lovin’, It’s all about that pride/If you do unto him, What he does all the time/That’s the only thing for sure, To keep that n****a in line. And once again with a beat designed to keep you on the dancefloor.

HAT 2 DA BACK is another uptempo track continuing the theme of being yourself. Followed up by DAS DA WAY WE LIKE ‘EM, which slows the beat down a little, as each girl raps about the kid of guys they’re interested in. It’s an okay song, but it’s clear that Left Eye is the real rapper in this group and that the other two should stick to singing.

Then we get WHAT ABOUT YOUR FRIENDS?

Another great dance track, and the lyrics are somewhat prophetic, as the girls sing and rap about maintaining friendships and learning who you can trust when things get bad, something which the ladies would face later in their career as they dealt with various financial and legal troubles.

Then we get HIS STORY, which was always my favorite song from this album. Thoroughly feminist in the way women’s words are devalued in our society. Sadly, over 20 years later, the song remains topical…

BAD BY MYSELF the girls straight out declare that if you don’t treat them right, they don’t need you. They’d rather by alone. “Don’t come bangin’ on my door, Now you’re gone I don’t want you anymore, There’s no reason for you to come around, So just step off so I don’t have to break it down.”

SOMETHING YOU WANNA KNOW is the group’s first attempt at a slow jam on this album, although it’s mostly a rap song, with Left Eye rapping (or spoken word) the verses with the others singing the chorus. The first real ballad of the album is the hit BABY BABY BABY

The contrast between T-Boz’ deep voice and Chilli’s higher voice is played perfectly on this track.

Left Eye takes the lead again in the mid-tempo rap song THIS IS HOW IT SHOULD BE DONE and then the album concludes with the dance track DEPEND ON MYSELF, which once again declares their independence.

A great collection of well-produced tracks, which play to each members’ strengths and delivers uplifting messages without being too preachy and always keeping you moving thanks to the music and melodies. This album continues to stand as a classic today. FIVE STARS