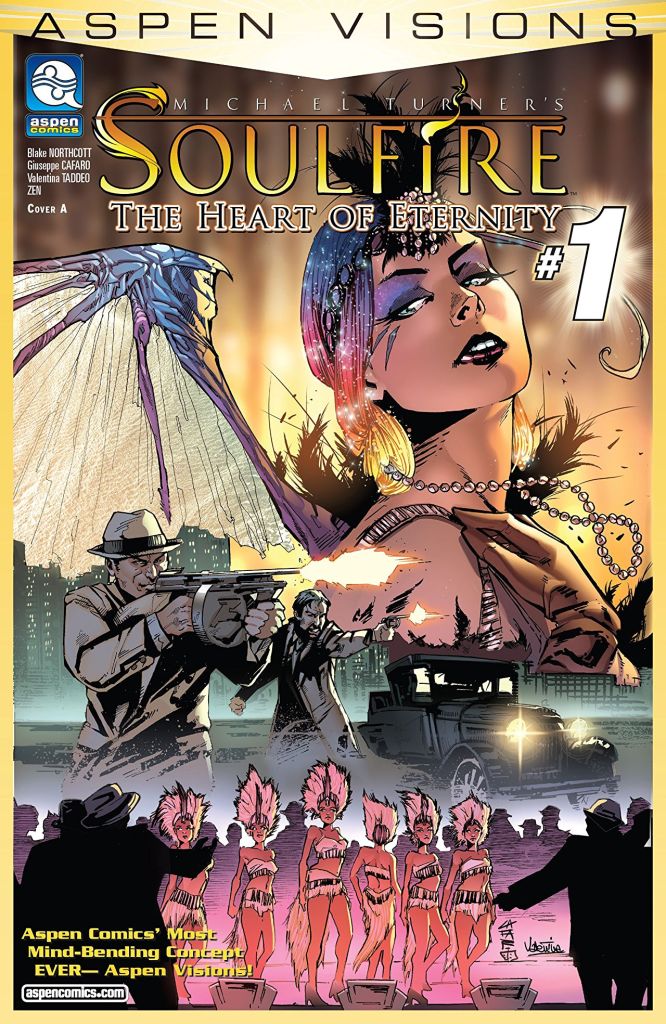 This issue of Aspen Visions is different for me, in that unlike the Executive Assitant: Iris and Fathom books, I have not previously read any comics about Soulfire before. So I’m reading an alternate version of a character whom I’m unfamiliar with the proper version. Nevertheless, with writer Blake Northcott at the helm, I was certain that I’d have no problem following the tale.

Now we’re in Chicago, in 1923, set in a little Speakeasy. And, well, as I’m trying to write this I’m realizing that I can’t really say much more without spoiling things. But this issue answers most of the questions about this series. We learn the true nature of Nestor and how he came to create the alternate realties that our heroines were trapped in. And the resolution is quite unexpected and rather clever. In a way it’s as if this three-part story is actually a prequel to the modern Aspen Universe, that’s if I’m reading this correctly.

So in conclusion what I can confirm is that this series is accessible for new readers, such as myself. But I’d imagine that for longtime readers who are familiar with the traditional Aspen Universe and the characters of Iris, Fathom, and Soulfire, you’ll find these alternate takes on the characters to be even more enjoyable, so it’s a win/win for all!

Art duties are handled by Giuseppe Cafaro, whose style I find somewhat reminiscent of Howard Chaykin, and fits the tone of this issue well.