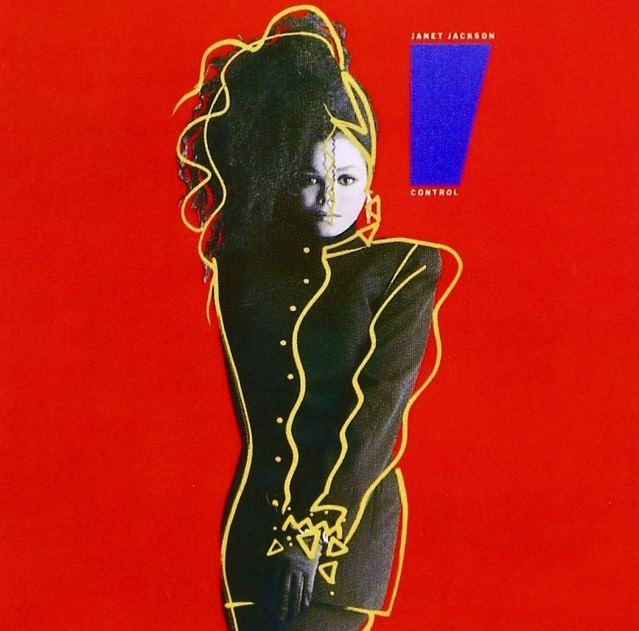 It’s Music Monday, and I’m going back in time for this retro review.

I grew up knowing Janet Jackson as an actress, seeing her on the TV shows, GOOD TIMES, DIFFERENT STROKES, and FAME. She had released two albums during this time, a SELF-TITLED album in 1982 and DREAM STREET in 1984, but I don’t recall even hearing about them, as they didn’t make much of an impact. But that all changed in 1986, when she released this album.

Janet teamed up with the writing and producing team of Jimmy Jam and Terry Lewis, with whom she co-wrote the title track, and what I love most about this album is that it’s basically a concept album. CONTROL is all about how Janet, who was just three months shy of turning 20 years old when this album was released, was taking control of her life and her career, becoming her own woman and stepping out of her family’s (and especially her older brother Michael’s) shadow.  As the song, which is the first one on the album, Janet speaks directly to the listeners letting us know exactly what’s coming.

And what follows is a blistering up-tempo track where she asserts her independence.

When I was seventeen
I did what people told me
Did what my father said
And let my mother mold me
But that was a long ago, I’m in Control!

And this theme of control runs through most of the rest of the tracks on this 9-song album, particularly the other three that Janet also co-wrote with Jam and Lewis. NASTY has Janet insisting that men who want her attention better approach her with respect, that’s she’s not gonna take any shit from “nasty boys.” When she confidently declares No, my first name ain’t ‘baby’
It’s ‘Janet’… ‘Ms. Jackson’ if you’re nasty!” You know damn well that she means it. And you will not call her anything but her name after that.

On WHAT HAVE YOU DONE FOR ME LATELY? she’s letting you know that even if you manage to get her, you better work just as hard to keep her. And then on the slow track, LETS WAIT AWHILE (which had Melanie Andrews joining Janet, Jam, & Lewis as co-writer) she’s telling her latest suiter that she’s not going to rush into becoming intimate, that she wants to get to know each other a little better before that happens.

Released during the height of the AIDS/Safe Sex era, this song was almost revolutionary in its message. At the end of the song where she softly says “I promise, I’ll be worth the wait”, I can’t imagine any man not agreeing to that.

The dance track THE PLEASURE PRINCIPLE is my personal favorite song on this album. Written and produced by Monte Moir, Jam & Lewis’ bandmate from THE TIME, it’s another song continuing the theme of Janet being in control of her personal life, not being afraid to leave an unsatisfying relationship.

Hey take a ride in a big yellow taxi
I’m not here to feed your insecurities
I wanted you to love me
This has become an all too familiar scene
It’s not the first time I’ve paid the fare
Where’d you get the idea of material possession?
Thank you for the ride nowhere

Two more Jam & Lewis-written songs WHEN I THINK OF YOU and YOU CAN BE MINE have Janet celebrating her love, backed by powerful dance beats. While another slow jam, FUNNY HOW TIME FLIES WHEN YOU’RE HAVING FUN has her wistfully reminiscing about a relationship that was so good that she didn’t fully appreciate when she had it.

What’s smart about the slow songs on the album is that, while she has a great singing voice, Janet doesn’t have the vocal range of, say, a Whitney Houston or, yeah I’ll say it, Michael Jackson. She’s not the type of singer you want for a power-ballad, but Jam & Lewis know how to write songs that play to her strengths.

HE DOESN’T KNOW I’M ALIVE written by Spence Bernard, doesn’t quite fit the theme of the album, with Janet being afraid to approach a guy that she’s interested in, even singing about calling him on the phone and then hanging up when answers. But it’s still a great song, with a funky beat, and you can dance to it.

Still, altogether this is an album of female empowerment. Janet was promoting Girl Power before the phrase was even invented. After this album, Janet was no longer just Michael Jackson’s little sister and was on her way to becoming an ICON in her own right. Listening to this album today it sounds just as fresh and dynamic as it did 35 years ago.