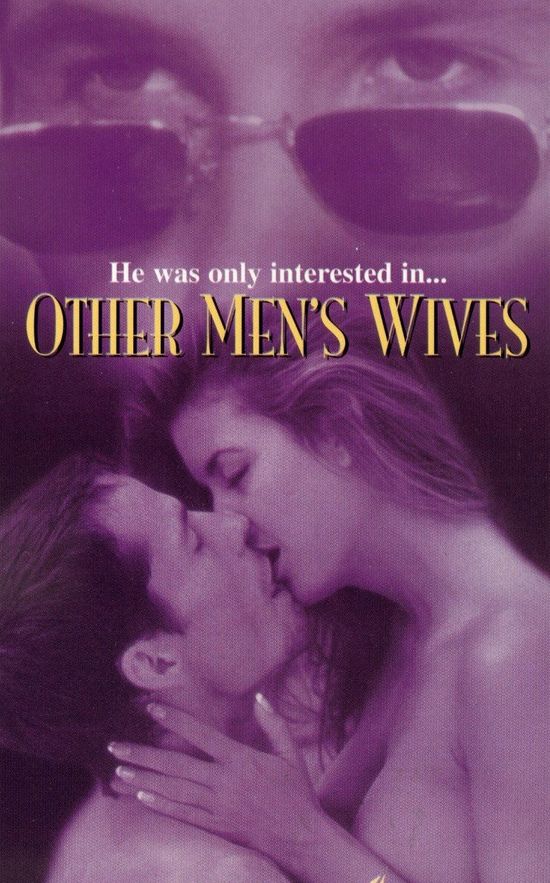 Written by Niel Wexler and directed by Paul Thomas, this film debuted on the Playboy Channel in 1996, and revisiting it all these years later I’d forgotten how bizarre it is.

On the surface, it seems like a pretty standard softcore film for it’s era. This was a time when these types of films had decent production values, emphasis was made on telling an engaging story, and the casts were filled with actors and actresses who could actually act, in addition to looking good naked.

Doug Jeffery stars as Eddie Mayer, he’s a successful children’s book author, who’s written a series of horror books for kids under the title “Creepy Town” (an obvious allusion to the “Goosebumps” series which had debuted a few years earlier), using the pen name Uncle Eddie. Eddie also happens to be a notorious womanizer, often going after married women. As the film begins he’s been having an ongoing affair with a woman named Denise (played by Holly Sampson in her first softcore role, a couple of years before she started doing hardcore, and a decade before she banged Tiger Woods). He later meets and begins an affair with another married woman named Jolene (Melinda Songer Soderling).

Things first take a wierd turn in this film when one night Eddie’s at a bar and is propositioned by a woman named Vanessa (Leena), who takes him into a back room to have sex. While they’re in the middle of it, Vanessa’s husband (Micheal Roddy) walks in on them and puts a gun to Eddie’s head and threatens to kill him. Eddie begs for his life and manages to escape the situation, but it terrifies him. He ends up passsing out on the street and is picked up by an ambulance and taken to a hospital. Landon Hall plays Roxanne, who was one of the paramedics who picked him up, and Eddie is immediately smitten with her and asks her out.

Despite seeing Roxanne, who initially holds out on getting intimate with him, Eddie continues his affairs with Denise and Jolene. One day he and Jolene are having sex in the bathroom of a restaraunt and when someone knocks on the door while they’re doing it Eddie freezes up and has a flashback of Vanessa’s husband threatening him with the gun. It’s like it’s triggering PTSD, and makes Eddie begin to question his lifestyle.

So at this point, as a typical softcore film, I’m expecting to see the story of a womanizer who recognizes the error of his ways and tries to build a real relationship with a good woman. And it sort of starts to go that way, as Eddie tries to break things off with Denise (after one last bang in his house) as he pursues Roxanne, including some tender moments where he gets to know her sick grandmother and comforts Roxanne when she dies. But there’s more to it than that.

Jolene’s husband Frank (Sal Landi) finds out about her and Eddie’s affair, and he attempts to blackmail Eddie, demanding $20,000 or else he says he’ll go to the press with the news of the affair, which Eddie is worried will ruin his reputation and hurt his career (because, I guess, children’s horror book authors are supposed to be highly moral and righteous or something?). Also, unbeknowst to Eddie, Denise has an extremely unconventional marriage. Her husband Al (Jason Hemmings) is basically her Sub, and she’s a Domme. Al’s aware of her affairs, he often follows her and secretly watches and records her while she bangs Eddie, he’s also seen ironing her underwear, painting her toes, and helping her get dressed for her “dates” with Eddie. And neither of them want them the affair to end.

Frank ends up confronting Jolene, and when she tries to leave him he kills her and himself. Eddie and Roxanne finally become intimate and commit to each other, but then Denise and Al kidnap him, and the film ends with them locking Eddie in a BDSM-outfitted dungeon underneath their house, where they intend to keep Eddie as Denise’s sex slave until he dies, with the implication that he’s simply their latest in a long line of victims who are buried in the walls of the dungeon. THE END

It’s a well acted and well-shot film, Doug Jeffery carries the film well as the leading man, and the rest of the cast does a great job, as well. The five sex scenes were get (Jeffery has two with Sampson, one with Leena, one with Soderling, and one with Hall) are all hot enough, but the dark plot twists and darker ending make this hard for me to really judge, or even rate. It’s something different, I’ll give it that. It’s a film I’d say you should check out to judge for yourself.

Jason Majercik is selling this Unrated DVD for $17. Email him at quinn_nash@hotmail.com for his softcore inventory list.