THE BIG BUST THEORY (aka “The Super Sex Program”) 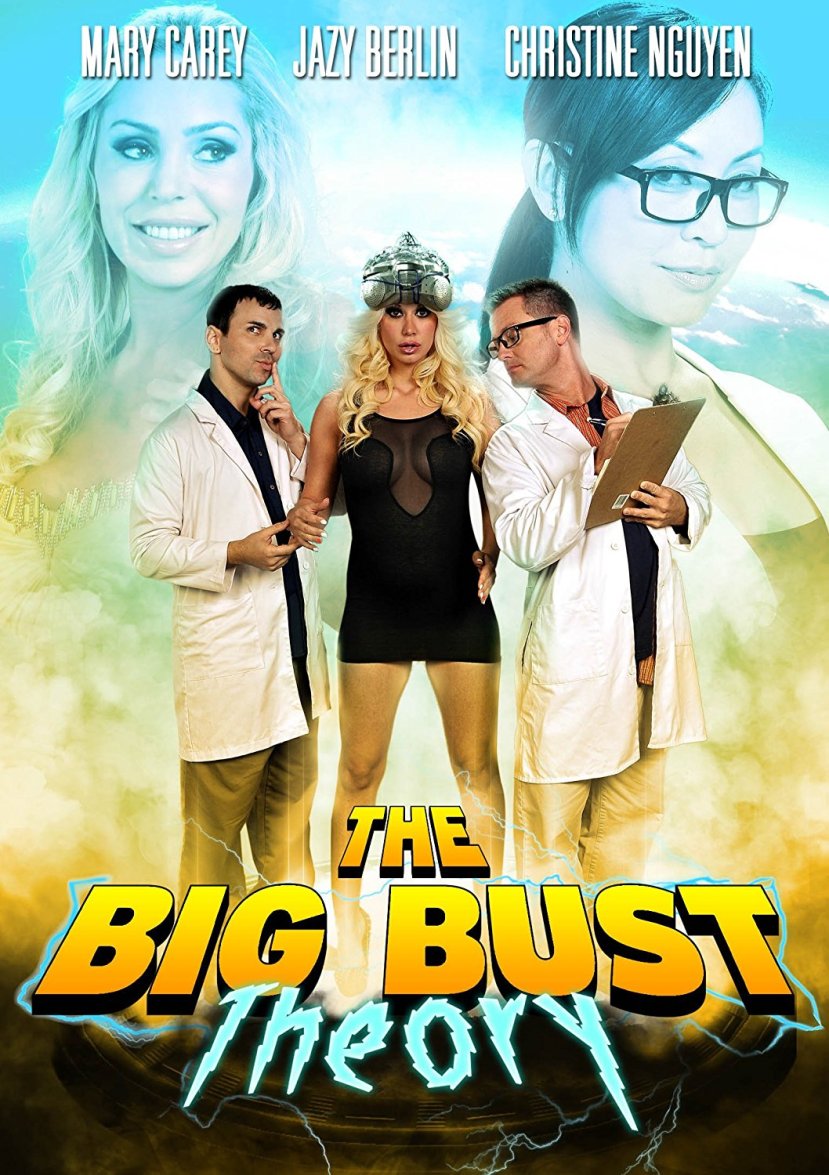 This film has been airing on cable as The Super Sex Program, but is released on DVD under the title The Big Bust Theory. But if you buy the DVD expecting a parody of the The Big Bang Theory sitcom, you’ll be disappointed, because it really isn’t about that. But, otherwise, it is VERY good.

Written and directed by Dean McKendrick, this film features Alexandre Boisvert (aka “Voodoo”) and Eric Masterson, as nerdy college students, & lab partners, Stanley and Walter. Stanley is a chemical engineering major and Walter is a robotics engineering major. They are both completely unlucky with ladies. They live together, with a 3rd roommate, Chad (Billy Chappell aka Tony Marino), a good-looking ladies man, who is always picking up new women. Early in the film, he brings in a woman named Cindy (played by softcore film veteran Beverly Lynne) that he picked up at the gym, and they go to his room and have sex (while Stanley listens through the wall).

In their science lab at school, we meet Stanley and Walter’s lab assistant Betty, played by Christine Nguyen. It’s immediately clear that Betty is interested in Stanley, but he has no clue, and mostly ignores her flirtatious hints. That part was very hard to believe, as even though they tried to make her look nerdy, Nguyen is just way too fuckin’ hot for any man to not notice her like that. But I’ll play along. Walter and Chad are complaining about their lack of success with women, especially compared to Chad, who is always putting them down, when their professor, Dr. Carmichael (Micheal Gaglio), comes in. Hearing of their frustration, he recommends they put Stanley’s expertise to use, and try to develop a “love potion”, to make them attractive to women. So that’s what the guys do, working for days, and then coming up with a potion, but then they need to test it. Betty volunteers to test it for Stanley, leaving Walter to go to a local massage parlor to try it on a masseuse.

Once alone together, Stanley and Betty get ready to test the potion, but first Stanley says that in order to know if the potion really works, he needs to be sure that the woman who drinks it has no interest in him at all. Betty lies, assuring him that she doesn’t care about him and, in fact, despises him, which Stanley thinks is great. Betty drinks the potion and then immediately throws herself at Stanley, and they have sex on the lab table. Afterwards, as they are getting dressed, Stanley trips and hits bangs his head on the table, and forgets that he and Betty has sex. Betty gets angry, slaps him and leaves.

At the massage parlor, Walter meets Olga (XXX film star Yurizan Beltran), his masseuse. He slips his potion into some bottle water, and tricks her into drinking it. Then she lays down on the massage table and she rubs his back. He turns over, and asks for a happy ending and she gets undressed and they have sex. At the very end of the sex, as she is bouncing on top of him, she slaps him, and he wakes up. The sex was just a fantasy Walter was having. In reality, Olga slapped him when he asked for a happy ending, and kicked him out.

So the guys go back home, upset because their potion didn’t work. Once again Chad ridicules them both, and then goes outside to lay by their pool. There’s a knock on the door, and there’s a sexy woman named Tammy (XXX film star, and former CA gubernatorial candidate, Mary Carey), who says she moved in next door, and needs to borrow some light bulbs. Walter and Stanley get exciting when Tammy says she just dumped her boyfriend because he wasn’t that smart, because it means they finally found a woman who likes intelligent men. But as they go to find some light bulbs for her, they come back and see that she went to hook up with Chad.

Back at the lab, Dr. Carmichael is talking to Betty, as she confesses her feeling for Stanley, and frustration that he doesn’t notice her. He tells her not to worry, he’s going to help her and the guys. When the guys show up, Dr. Carmichael says that since Stanley’s potion didn’t work, they should use Walter’s skills to build a robot woman. Betty doesn’t understand why the Dr. is saying this, but he quietly assure her it will work out. Stanley and Walter get to work building a robot, and they create a woman they name Alice (played by Jazy Berlin). Walter programs her brain to make her attracted to “Nerdy Guys”, but as they try to run the program, Betty secretly changes it to make Alice attracted to “Hot Chicks”.

Stanley and Walter take Alice back to their place, to show her off to Chad. But he’s not home. Tammy comes over to use the pool, and as soon as Alice sees Tammy in her bikini, she becomes overcome with lust, and seduces Tammy, and they have sex, much to Stanley and Walter’s chagrin.

Afterwards, Walter tries to figure out what happened, discovers the switched program, and realizes it was Betty. He says it’s because he knows Betty likes Stanley, which Stanley doesn’t believe. To prove it, Walter invites her over for what is supposed to be a little party. When Chad comes home, he tries to hit on Alice, but she rejects him. Betty comes by, and takes Stanley up to his room to have sex again, but Alice follows them, saying that Betty is a “Hot Chick”, and she wants to have sex with her. So Betty just invites her to join them, and they have a threesome.

Meanwhile, Tammy shows up, and Chad tries to hook up with her again, but she’s not interested anymore, So he gets upset and leaves, while Tammy tells Walter that she realizes that he’s the better man for her, and they have sex.

The next day, back at the lab, Stanley and Walter thank Dr. Carmichael for his advice, but now they know they don’t need science to attract women (which was his plan for them all along). They leave him alone in the lab with Alice, and the final scene has Dr. Carmichael attempting to reprogram Alice to love “Dirty Old Men”. THE END

Okay, some of the plot points, like Stanley hitting his head and forgetting he had sex with Billy, were ridiculous, but this film is worth it for the hot sex scene. Christine Nguyen is always a treat to watch on screen, and her two scenes are fantastic. I would have loved more of Beverly Lynne, but her one scene was good enough. And the real highlight is the softcore debut of Yurizan Beltran. She is smoking hot, I’ve seen many of her hardcore scenes, and can only hope that she’ll be back to do more softcore films, as well. She really made her scene look realistic. And you can never go wrong with Carey and Berlin, practically making this film an all-star cast of softcore performers. Chacebook rating: FIVE STARS

The Big Bust Theory is available on DVD on AMAZON.COM, and currently airing as The Super Sex Program on Cinemax