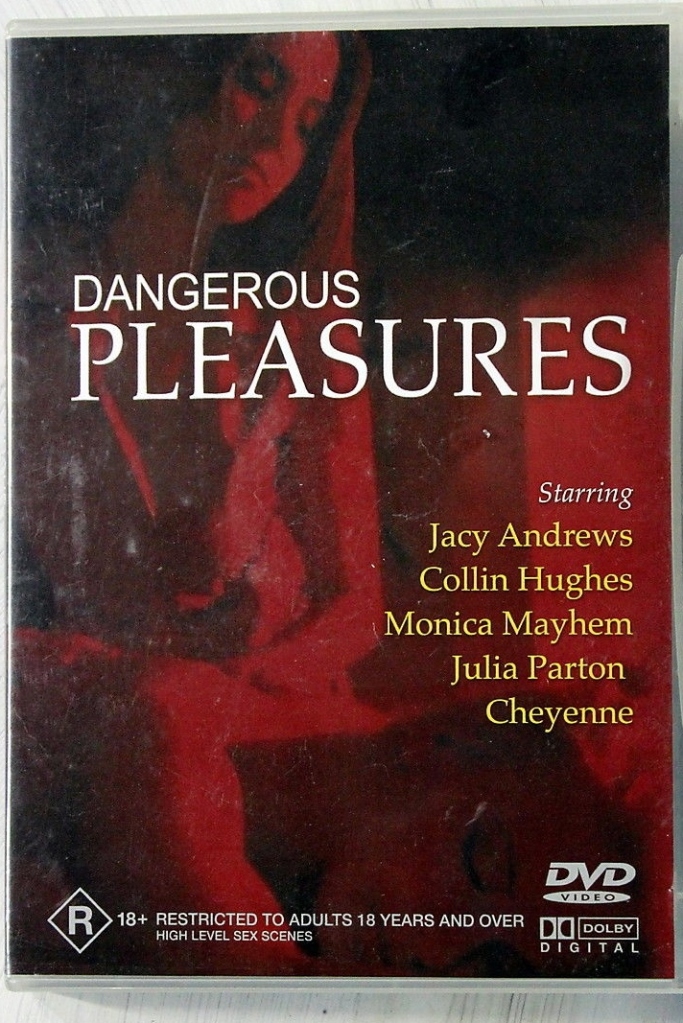 Written by David Ciesielsky and directed by Madison Monroe, this 2003 film from MRG Entertainment/Mainline Releasing stars Jacy Andrews as Valerie Spiro, an apparently sexually irresistible woman who can get any man (or woman) she wants. As the film opens her husband has recently died. He was Valerie’s sixth husband, all of whom died of natural causes. All of the men were financially well-off, and it is said that Valerie is currently worth over $17 million from these marriages. Naturally this raises suspicion about Valerie’s potential involvement in their deaths, but since all the deaths were proven to be “natural” she remains in the clear. Nevertheless, the company behind this most recent husband’s life insurance has hired a private investigator, Grady Kent (played by Burke Morgan), to check out Valerie, and make sure she wasn’t involved, before they release the money. Collin Bernsen plays Mike Raymer, the police detective who is officially investigating Valerie’s latest husband’s death. Both men suspect that Valerie is a “black widow”, since 6 deaths in a row is pretty damn coincidental.

The two men meet and agree to share information as they separately investigate Valerie. The problem is the both men also find her attractive, and whenever she gets either one of them alone she ends up seducing them. Neither man admits to the other that he’s sleeping with Valerie, but this obviously complicates both of their investigations, as they each find themselves drawn to her. Is Valerie playing both men, or is she conspiring with one to dupe the other, or is she totally innocent after all and just a pawn in the increasing competition between the two men? The brilliant thing about this film is that at different points each scenario seems valid. I don’t want to spoil the ending because it’s actually pretty brilliant. There’s several twists and turns before it reaches its dramatic climax.

Leading up to that climax there’s 10 smoking hot sex scenes. As the lead, Jacy appears in 7. She has a scene with Micah Bradshaw, who plays a random guy that Valerie picks up in the beginning of the film and brings back to her place for sex. For her it’s casual, and she kicks him out immediately afterward, leaving him confused and angry. She has a lesbian scene with Julia Parton, who plays a masseuse that Valerie hire to come over to her house. The massage leads to sex. And the other 5 scenes are all with Burke or Collin (sometimes both, as it’s a fantasy scene where she starts off having sex with one man who then halfway through turns into the other man). Burke also has two scenes with Monica Mayhem, who plays Grady’s secretary. And then there’s a scene between Cheyenne Silver and Rafe, who plays a couple of models that Veronica hires to come to her personal studio. In a rather arbitrary scene, it’s revealed that Valerie’s hobby is painting. Specifically she likes to paint couples while they’re having sex. So, that’s what happens in this scene, they have sex while Valerie pants them. This is hobby is never brought up again, so it feels like just an excuse to squeeze in another sex scene. NOT THAT I’M COMPLAINING.

Unfortunately, the unrated DVD of this film can be hard to find. There’s one expensive Australian DVD currently for sale on EBAY.

I will just say that if you search the net long enough, you are liable to find less-than-legal means to find this film, but that’s not my business.