HOT DESIRES aka TOUCH ME TONIGHT

This is a film that I have wanted to get my hands on for a long time. And it is all because of this woman:

Kara Styler. Also known as Chrissey Styler or Chrissy Styler. I first discovered this 6 foot, 36D-cup, green-eyed blonde-bombshell in the film VIRTUAL ENCOUNTERS 2, released in 1998. That was her film debut (in which she had no lines), after previously appearing in some Playboy video the year before, and after this she didn’t make many film appearances. In 2000 she appeared in CASTING COUCH, where she had a few lines but was mostly just appearing nude and simulating sex. This film, released in 2002, was her first (and, to date, her last) real starring role, in which she gets to prove that she’s more than a pretty face and smokin’ hot body. I had this film recorded on VHS tape for years, but that eventually broke. Now I finally got it on DVD.

Written by Lenny Juliano and directed by Mike Sedan, Kara co-stars with Eddie Jay as Cori and Scott Evans, a married couple for 6 years. They go to Hawaii for a business trip/vacation. Scott is a successful Insurance salesman and is up for some major promotion. When they arrive at their hotel in Hawaii, they meet with Vic (Christopher Kelly), who is Scott’s co-worker and rival for the promotion, and his wife Maggie (Christen Kowalski). And also Crystina (Naomi Nektare), who is Scott’s assistant in some capacity. As you can see, despite watching the film multiple times, I’m still not clear on several of the exact details. It all mostly takes a backdrop to the scenery anyway. I can tell you that both Maggie and Cori seem to take an instant dislike to Crystina, who is secretly plotting with Scott to help him get the promotion, so that she’ll then get promoted to Scott’s current job, and they also apparently have some kind of plan involving embezzlement from the company.

Over the next few days (I’m not clear how much time passes in this film, either), Scott and Vic both try to schmooze their boss, while Cori is left to her own devices, which leaves her increasingly frustrated due to Scott’s lack of attention. She befriends a local guy named Makanahele (Jace Panebianco) who works at the hotel, and initially rejects his flirtatious advances, until she discovers that Scott and Maggie are having an affair, at which point she rushes into Makanahele’s arms. I guess I shouldn’t say any more for fear of spoilers. I’ll just say that as the film races to it’s climax, things heat up and someone may not make it out of this film alive…

Okay, so the actual plot and premise isn’t exactly spellbinding. But the cast does a good job with what they’re given. And that especially includes Kara, who impressed me greatly with her work here. Not that I’d say I’d nominate her for an Oscar or anything based on this performance, she certainly had room to improve. But for a first feature she was very good. If she’d continued with more movies after this, she could have gotten much better. I was also impressed with the work of Naomi Nektare, who plays her part of a scheming little sexual victim quite well. She’s another actress who, in my opinion, could have had a much longer career in softcore films.

There are a total 7 sex scenes in this film, 4 of which feature Kara. She has two with Eddie Jay, and two with Jace Panebianco. All the scenes are pretty hot, except one of her scenes with Panebianco tales place outdoors on the beach at night, by a bonfire, so it’s a little dark for my tastes. Eddie Jay and Naomi Nektare also have two scenes. And the other scene is between Marian Serine and Zane Monteleone, who play a couple of locals that Makanahele introduces to and they all take a boat ride together, where this couple proceeds to have sex right out in the open with Cori watching (and clearly getting turned on at the sight).

In addition to the sex scenes, there are several other shots throughout the film of Kara either in string bikinis or naked, included an extended underwater scene where Cori and Makanehele go swimming in the oceans. They wear scuba fins and helmets, so they can go underwater to look at fish and rocks and stuff, but other than that Kara is completely nude (while the guy has on a pair of swimming trunks).

Also, something I don’t normally notice or talk about in this film, is the soundtrack. During the sex scenes and a couple of montages (such as the underwater swimming and a earlier scene where Cori reacts to learning of Scott’s affair) original songs are played. And there are some good ones, including some solo songs by Dyna Shirasaki as well as her rock band ThundHerStruck, in addition to songs from the rock band Hurricane, and Heaven & Earth, and Diane & Elaine Klimaszewski. Seriously, if there were an official soundtrack ablum released for this film I would buy that.

However, finding a copy of this film on DVD will be difficult. First, you should know that it also also been released under the alternate title Touch Me Tonight. 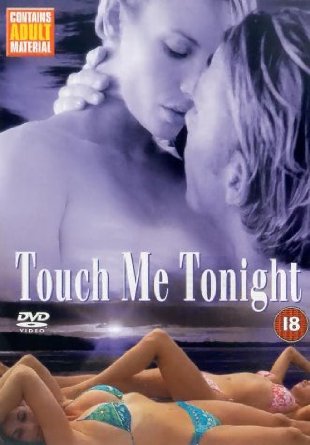 But the remaining mystery is what has happened to Kara Styler? The same year this came out, IMDB says she starred in a segment called “Birthday Suit” in a episode of a Playboy TV series called Sexy Urban Legends. I’ve found one DVD of that show available on iOffer, but it doesn’t feature that particular episode. But you can download and watch her scene from that show HERE (NSFW). And then she’s credited as “mermaid” in Baywatch Hawiin Wedding in 2003 (with some clips on youtube HERE), and that’s it. To date, no other professional credits.

And her online presence is also scarce. I’ve looked and found a barely-used Twitter profile, which was last updated November 9, 2010, & has a link to a personal website which is no longer online, a Youtube page that looks like it was set up for clips for that website, the last video was uploaded Dec. 30, 2010, a Model Mayhem page, that was last accessed April 19, 2012, a personal facebook page, which hasn’t been updated since June 20, 2013, and a Facebook fan-page (which may not even have been set up or controlled by her), which hasn’t been updated since May 16, 2014, and she even still has an old a MYSPACE page Both Facebook pages have plenty of public photos available, as does this Photobucket. And you can find a bunch of nude and semi-nude photos HERE (NSFW), as well as by searching Google.

I know from her FB page that in 2010 she was getting divorced for the 3rd time, and has one daughter. I guess she may have gotten married again since then, and therefor has a new last name and has retired from modeling and acting? Whatever she’d doing, I hope she’s happy. I’m just saying it’s shame that she doesn’t have a larger catalog of film and TV work for us to look back on, as I believe she could have been one of the greats of the softcore genre.