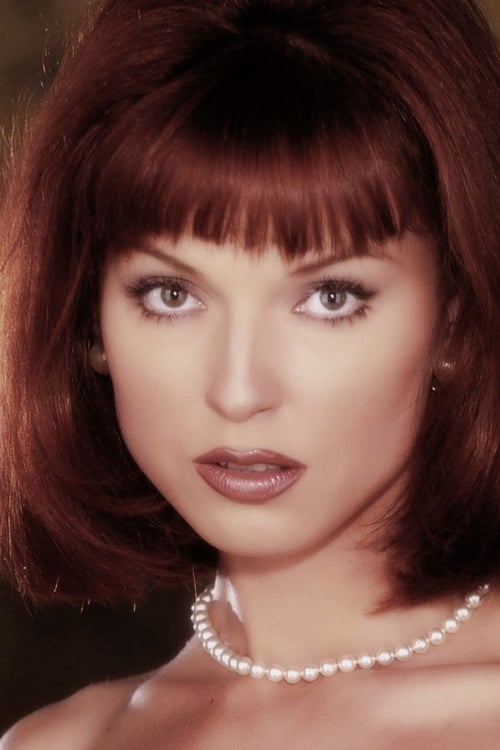 rising Stars is the 11th episode of Passion Cove, which originally aired in the year 2000. Written by David Keith Miller and directed by Leland Price, the title comes from the name of a rock band, called the Rising Stars.

The band has five members. Jade, the guitarist (played by Vicca, credited as Viktoria Karina), Patty, on keyboards (played Lola Martin, credited as Lola), Peter, the lead singer (Steve Curtis), Ty, the drummer (Micah Bradshaw, credited as Martin Pike), and Karl Boule as Stark, the bass player and manager of the group.

Note: The credits shown at the end of this episode and on the IMDB page, mistakenly have Vicca listed as playing Patty and Lola as playing Jade.

It’s explained that the band had been together for a while without reaching much success before Stark joined them and became their manager. It’s tough and strict about keeping the band focused on their music, and that includes installing a “no fraternization” rule amongst the members, which the rest of them, especially Peter and Ty find a bit too demanding and privately complain about them. Nevertheless, his management has been working, as the band has a big gig in Los Angeles planned, with a record company interested in signing them if it goes well. It’s such a big deal that even Samantha (Caroline Ambrose) calls the house to ask Stark for tickets to the show. So they’ve rented the Passion Cove house to rehearse. But unbeknownst to Stark, the other members have been debating whether or not they should fire Stark and get a new manager after the performance.

Also unknown to Stark, Jade and Ty have already been secretly hooking up for a while. But it turns out that Stark is a bit of a hypocrite when we see that he’s been secretly hooking up Patty, although after they do so in this episode he tells her that he thinks they need to stop doing that, for the sake of the band. This leads Patty to then seek out and hook up with Peter.

Can Stark get the band in shape in time for the performance? And if so, will the band reward his efforts by voting to fire and replace him? NO SPOILERS! Watch the episode to find out!

The premise is decent enough. And we get four full sex scenes, two between Vicca and Micah (one in a storage room and one in the shower) and then Lola with Karl (on a bed) and Lola with Steve (on the beach). They’re convincing enough, probably helped by the fact that both Vicca and Lola were also hardcore porn stars so they knew how to make their scenes look hot on camera but, just to be brutally honest, neither one of them is really my type. They’re not ugly, to be clear, they just don’t really do it for me (although I do recall enjoying Vicca’s lesbian scene with Anna Davidoff in the softcore film Corporate Fantasy). But look them up yourself, if you feel differently about either or both of them, you’ll probably love this episode. But I’ll just give it a Chacebook rating of THREE STARS

Jason Majercik is selling Passion Cove: Season 1 as an UNRATED 2-DVD set for $39.99 Email him at quinn_nash@hotmail.com for his softcore inventory list.