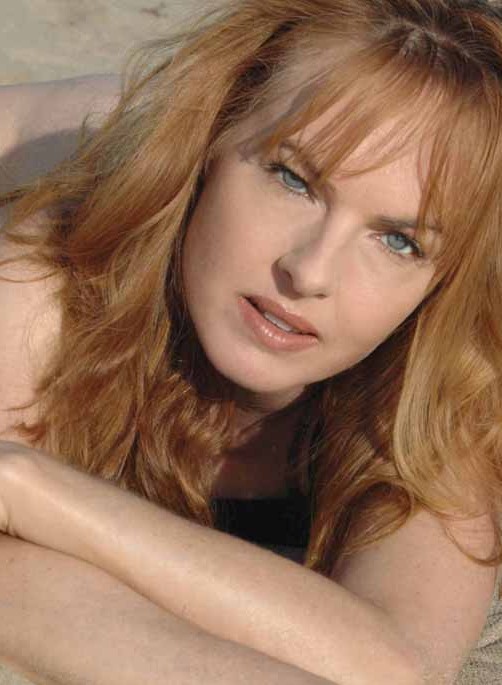 We’re getting near the end of these recaps, as today I’m reviewing the second-to-last episode of the second and final season of Passion Cove. Discreet Affair was written by David Keith Miller and directed by Robert Kubilos, and is a riff on the plot of the classic film Same Time, Next Year.

Janet Tracy Keijser and Anthony Auriemma (who previously appeared in the episode Lights! Camera! Action!) play Trisha and Baker. We learn that for the past 6 years these two have been meeting at the Passion Cove house once a year to spend a weekend together. The episode opens with Baker arriving and finding Trisha already in bed naked waiting for him, and they proceed to have hot passionate sex.

But the next day Baker goes out for a run on the beach and, unbeknownst to Trisha, he meets up with his girlfriend Alicia (Angela Nicholas), who is staying at a nearby house. She thinks Baker is attending a private business retreat. The two have sex on the beach, and then Baker proposes to her, which she accepts.

Meanwhile, Trisha’s boyfriend Conrad (Stephen Francis) shows up unexpectedly. It turns out that he knows about Trisha’s arrangement with Baker, and is expecting that this weekend she was planning to break things off with Baker for good because she and Conrad are getting serious. Conrad’s checking to see if she’d told Baker yet, but she says it’s hard to find the right time. They have sex, and then Conrad leaves.

Later that night as Baker returns to the house, he and Trisha finally have a heart-to-heart about their other loves and agree to go their separate ways for good. All well that ends well.

Well, except for poor Alicia, who has no idea that her new fiance had just spent the night with another woman before he proposed to her, but never mind.

Anyway, this episode works well thanks to the acting talents and chemistry of the leads, Keijser and Auriemma. They work well together and make their characters seem sympathetic, despite their deceptions. So it’s a great story, that includes three hot sex scenes, all of which are worth watching.

Jason Majercik is selling Passion Cove: Season 2 as an UNRATED 4-DVD  set for $39.99 Email him at quinn_nash@hotmail.com for his softcore inventory list